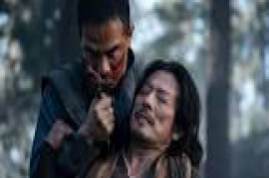 MMA fighter Cole Young is looking for the world’s greatest champions in the fight against the enemies of Outworld in the battle for space.
Director:
Simon McQuaid Authors:
Greg Rousseau (screenwriter), Dave Callaham (author) MMA fighter Cole Young (Lewis Tan), who is used to thrashing money, doesn’t know about his legacy – nor about why the outside world emperor Shang Tsung (Chin Han) is his best warrior done by Sub-Zero (Joe Taslim), the afterlife cryologist hunting cole. Fearing for the safety of his family, Cole searches for Sonja Blade (Jessica McNami), led by Jacks (Mehkad Brooks), a special forces major who wears the unusual dragon characters with which Cole was born. He soon finds himself in the temple of Lord Reiden (Tadanobu Asano), the elder god and protector of the earthly kingdom, who provides refuge to those who bear the sign. Here Cole trains with veteran warriors Liu Kang (Crazy Lin), Kung Lao (Max Huang) and mercenary Kano (Josh Lawson) as he prepares to fight the enemies of the outside world with the world’s greatest champions fighting space. But does Cole manage hard enough to save his Arcana, the great power of his soul?